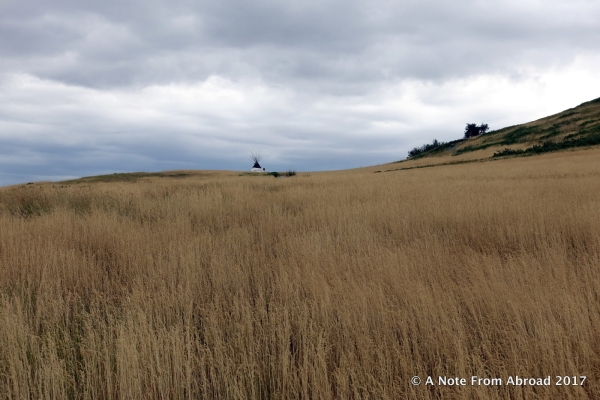 EDITORS NOTE: The contents of this post are rather graphic as native buffalo hunting methods are described. I am not attempting to justify or condone the ancient ways, but to simply report what we learned/observed at this fascinating place. 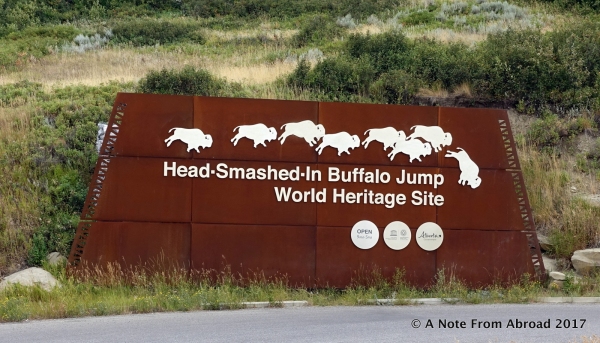 Entrance to the park

This UNESCO World Heritage Site is gruesome, but at the same time, tells a story about a tradition that goes back over 6,000 years – The Buffalo Hunt. Although a bit difficult to look at, the Plains People depended on this way of life for their survival.

The center itself is laid out in a well-organized manner to bring this history lesson to life for all visitors. 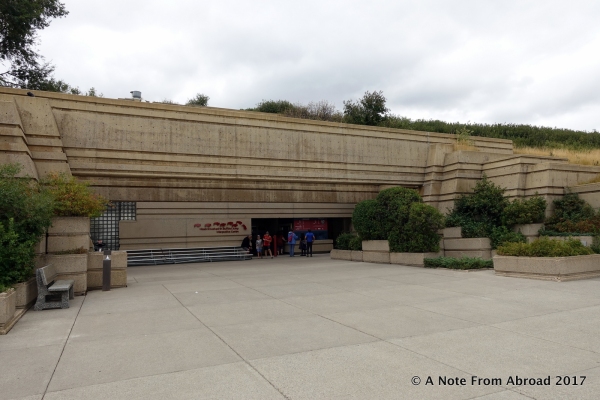 The museum is built into the side of the hill.

Upon entering the building, we were directed toward the elevators where we went up six levels to exit up on the side of the cliff. From here, a short walk would bring you to a viewing platform which provided an overview of this ancient hunt site. 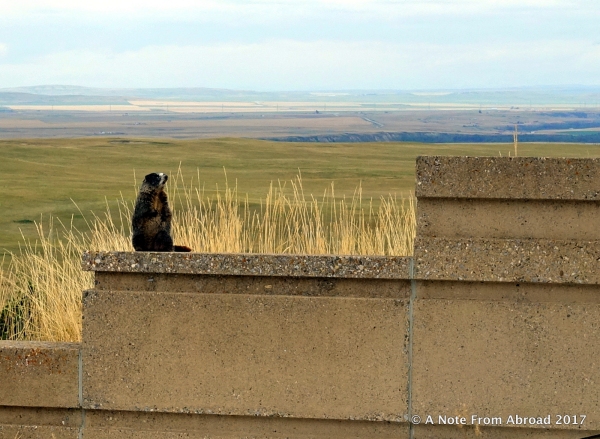 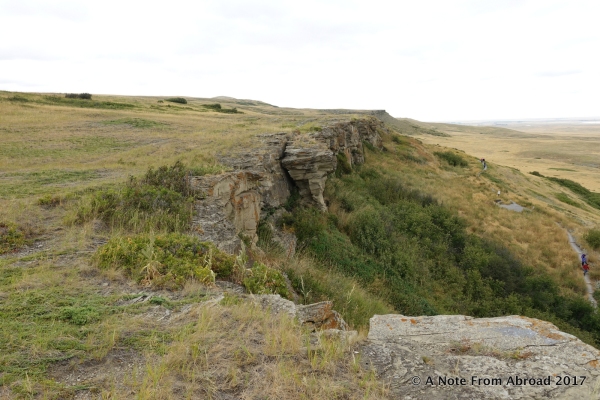 This is site of the buffalo jump 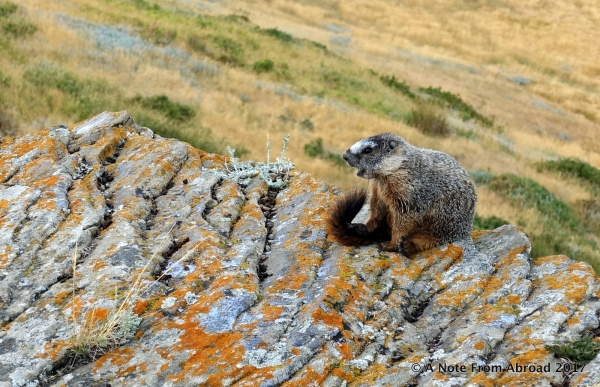 These guys were not overly shy and gave us a distraction

Returning inside, we start at the upper level and methodically work our way back down, one floor at a time as the story was told.

A historical dialog unfolded as we moved along which explained the way of life, how they moved from area to area to follow the food source and changing weather, communal living and members working together, and the tipi (aka teepee).

Lets put the timeline into perspective:

We are not talking yesterday, folks. This history, tradition and way of life, goes back…way back.

Just what is a Buffalo Jump?

The Indigenous Peoples relied heavily on the buffalo for their primary food source. The rest of the buffalo was also used; i.e. the skins for clothing or to make their tipi shelter, fur to keep them warm during the harsh winter, and bones were used as tools.

To sustain a large group of people, they needed a reliable method of capturing and killing large numbers of buffalo.

Around 6000 years ago, they developed the following method that would be used for thousands of years. This is a simplified explanation, but will convey the basics. 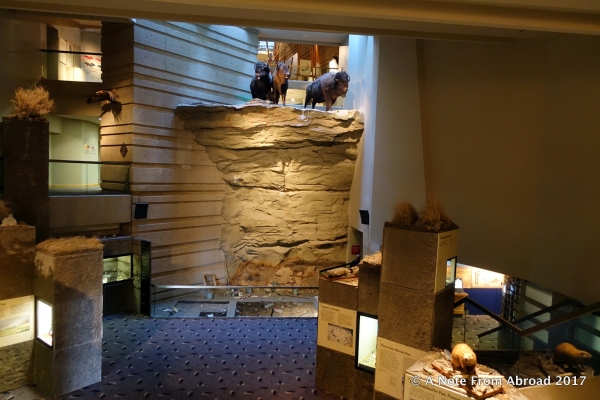 Depicting buffalo on the cliffs edge

The winter count and tribal diary was etched on a skin. A special event was recorded each year. This was a simple, but effective method of keeping time. The robe shown below records the years from 1764 to 1879. 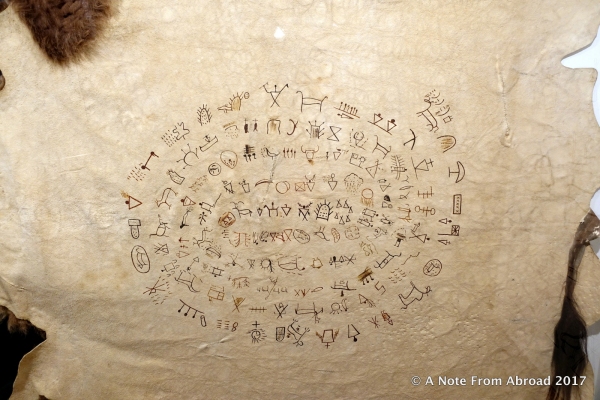 An explanation of a few of the symbols. 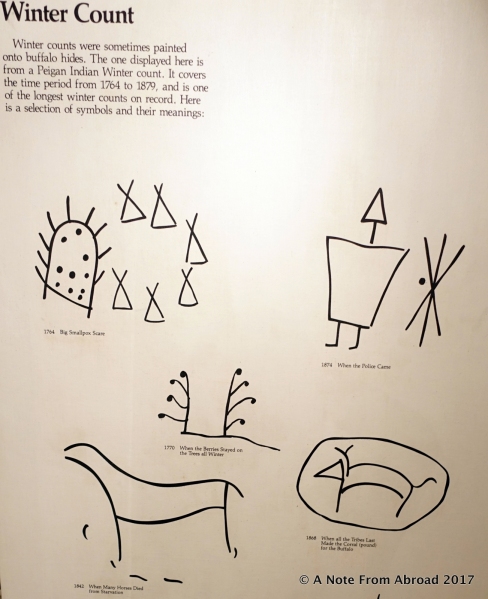 Only a sample of the diary entries

Careful excavation and recording of data has helped uncover some of the methods and mysteries regarding the Buffalo Jump. 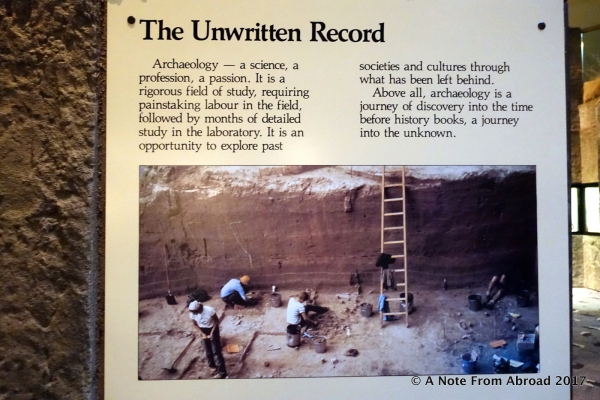 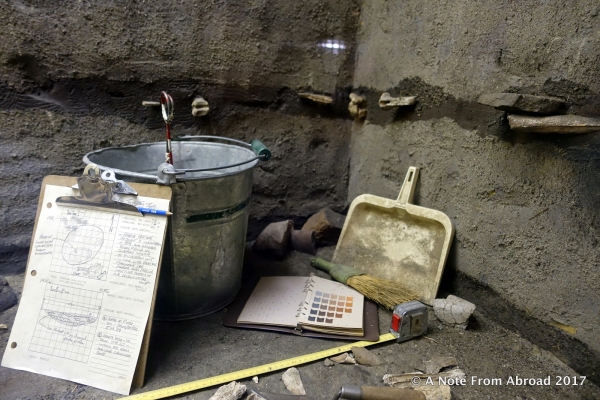 Tools of the trade

Archeological records indicate that this area was used for over 5700 years, making it the oldest, largest and best preserved of any of the Buffalo Jump sites on the Western Plains.

But some mysteries still remain

Some of the mysteries include why the site was once abandoned for a thousand years and then the hunt resumed and what were people doing here 9,000 years ago. 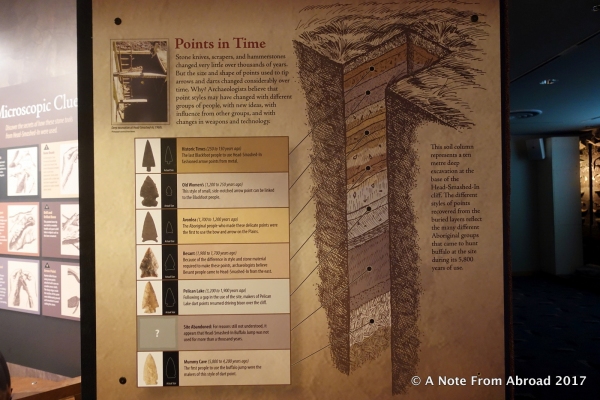 One of the galleries had some fantastic photography. 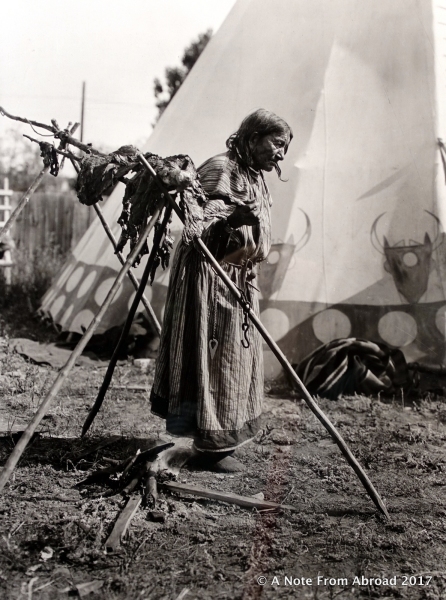 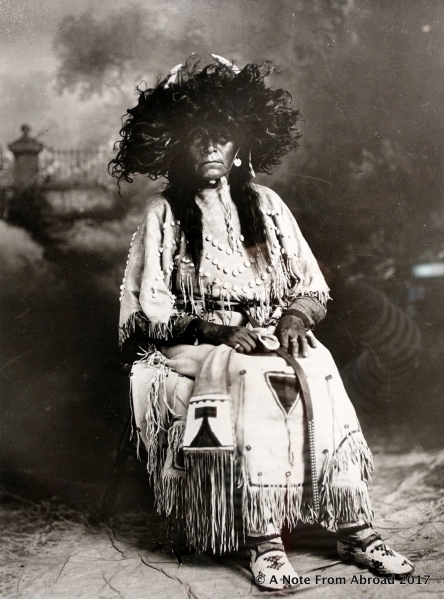 After closing up the museum, we decided to take an Interpretive Trail Hike. 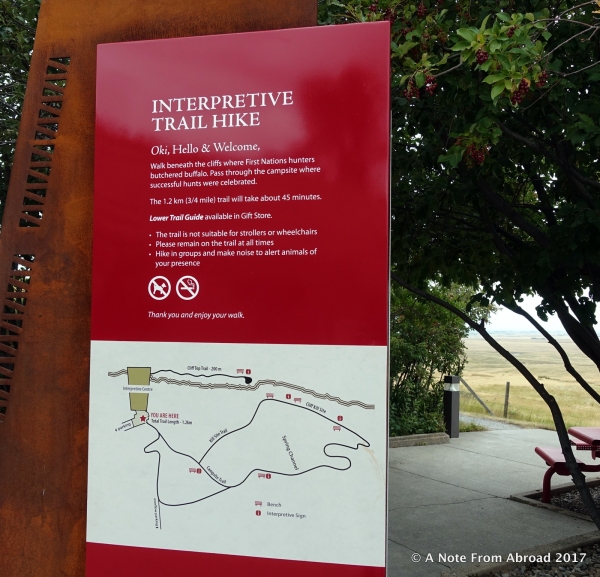 We spent about an hour on this hike 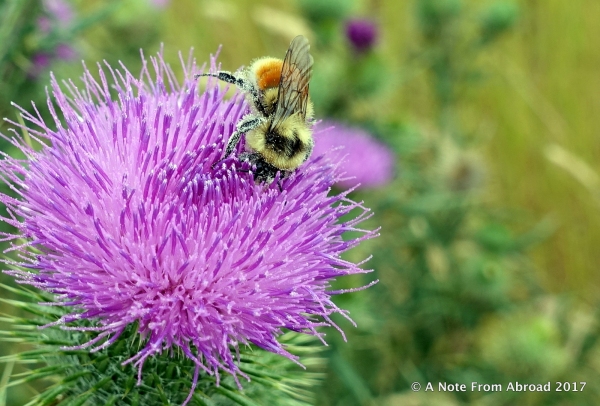 Buzzy bee on a fuzzy flower 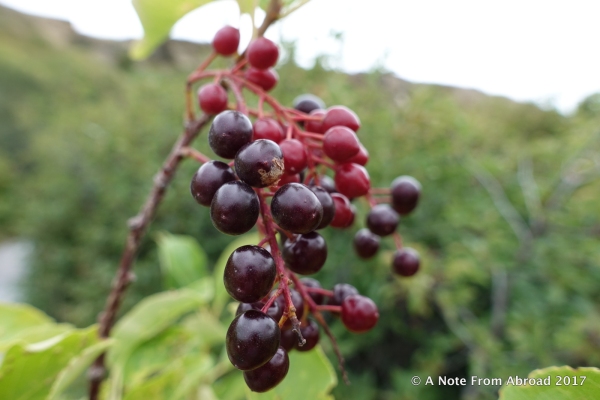 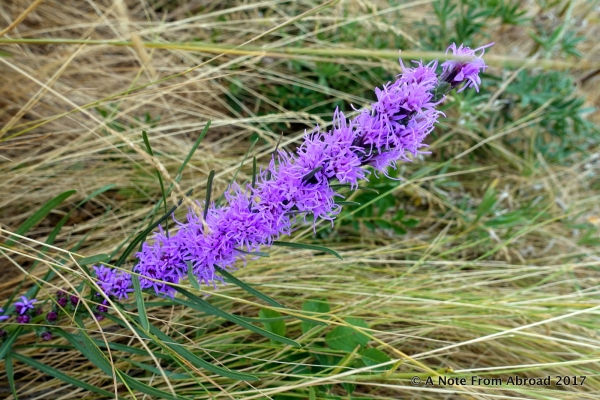 More of my favorite color

A slideshow of what we saw on the Interpretive Trail Hike

And just how did this site come by this gruesome name you might ask?

According to legend, in the 1800’s, a young brave wanted to witness the buffalo being driven over the cliff. The hunt was particularly successful that year, and as the bodies piled up, he became trapped. When the rest of the hunters came to do the butchering, they found his body buried under the weight of the buffalo with his head smashed. Thus, they named the place, “Head-Smashed-In”.

GRATITUDE MOMENT: Today I am grateful that we have other, more humane methods of gathering food available to us. My son and his girlfriend are vegan. They are slowly influencing us to move further and further in that direction. Although we still have our lapses, we are making progress.