Today started off on the wrong foot. Having been so used to how smooth our Gate 1 tours are run, I find myself impatient with the lack of organization on this tour. Brian is a delight, with a gorgeous smile, but has no practical experience in leading tours.

Yesterday we were kept waiting, sitting on our bus for one of our group members that had not received a wake-up call, and this morning we left over a half hour late, waiting on another group member.

I guess maybe my age is showing, as I find myself getting cranky. My mood did not improve all that much as the day continued, due to our late start, and poor communication, we ended up missing out on much of our walking tour.

We did get a GREAT deal on the price of this package, so I have to try to chill and let things flow more “organically” as we proceed.

Only an hours drive from Johannesburg, the Cradle of Humankind is a UNESCO World Heritage Site and is renowned as the place where humankind originated. Consisting of 13 excavation sites, two visitors centers are open to the public ~ the Sterkfontein Caves and Maropeng.

Our ancestors have lived in this area for over 3 million years!

The Sterkfontein Caves, housing the oldest palaeo-anthropological dig in the world, are famous for their fossil finds including the pre-human skull popularly known as “Mrs. Ples,” and a hominid skeleton, named “Little Foot”.

Issued a hard hat before entering the cave, we soon found out why. With low ceilings, and a few tight places where the “duck walk” came in handy, I breathed deeply to keep my claustrophobia under control.

Actual site inside the cave where Mrs. Ples was found 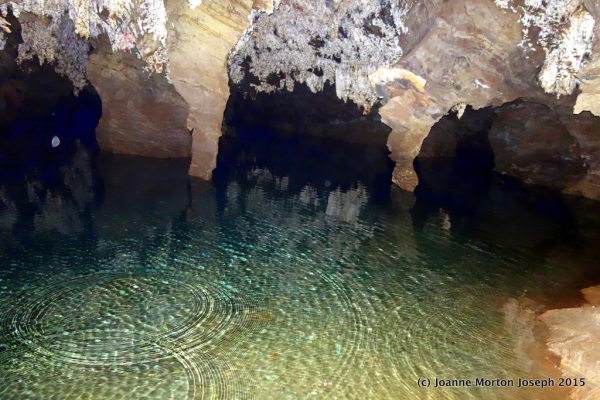 To this day they do not know how deep this lake is inside the cave. One diver has already lost his life trying to find out.

The Maropeng Visitors Center, a short drive away, is in the shape of a massive burial ground. It focuses on the development of humans and our ancestors over the past few million years. Maropeng means “returning to the place of origin” in Setswana, the main indigenous language in this area of South Africa.

What is the criteria that is used to determine what makes us human?

There are nine characteristics according to a sign posted at the visitors center that make us human:

After our unguided tour through the center, we were on our own for lunch. Our schedule was already behind, and further delayed by unfortunate miscommunication regarding when we were to eat our lunch.

The itinerary we had been given said that from 2:00 pm – 5:00 pm we were supposed to do the Pretoria Inner City Walking and Public Transport Tour. This was to include “visit the stunning train station designed by one of South Africa’s most renowned architects, Herbert Baker…then set off on a walking tour of the city which focuses on the architecture, museums, famous personalities and history of “The Jacaranda City”.”

I am only guessing, since no explanation was given, that due to lack of time, and traffic, the substitution was made to have a short walking tour in Johannesburg instead of in Pretoria.

Perhaps an explanation was given to 1/2 of our group that were traveling in the bus with Brian??? 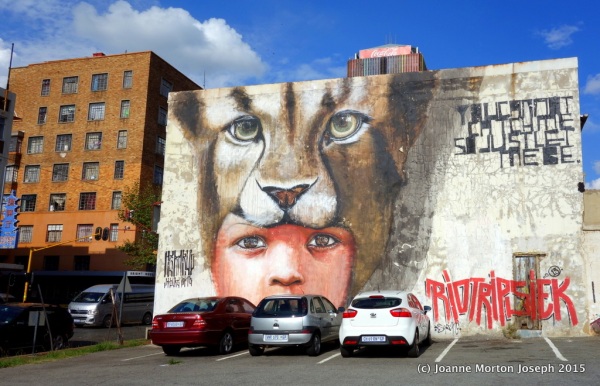 Graffiti drawings on side of the building

Our walking tour guide was excellent, and I would have enjoyed more time with her, but the short 1 hour whirlwind was still informative.

Walking past Chancellor house where Nelson Mandela and Oliver Tambo opened their law office in 1952 on the second floor. It was the first black law office in South Africa.

According to a sign on the door, the main impetus for doing so was the launch of the ANC’s defiance campaign in which volunteers set out to deliberately defy apartheid laws to invite imprisonment. 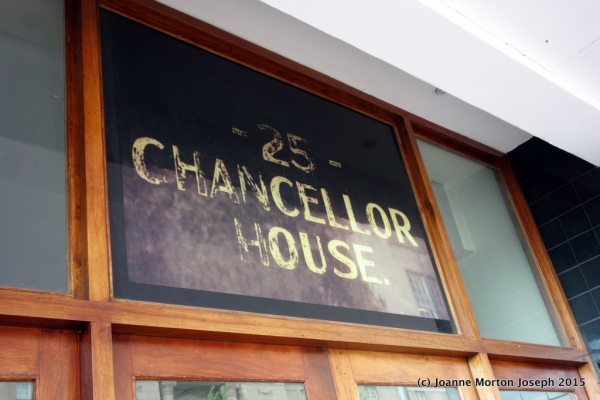 Mandela had his law office on the second floor

Famous statue of Mandela across the street from his law office

We continued down streets that had been segregated,

and we viewed the loving statue of Walter Sisulu and his wife. Sisulu had also been a leader in the fight against apartheid and served more than 25 years in prison, at Robben Island with Mandela. 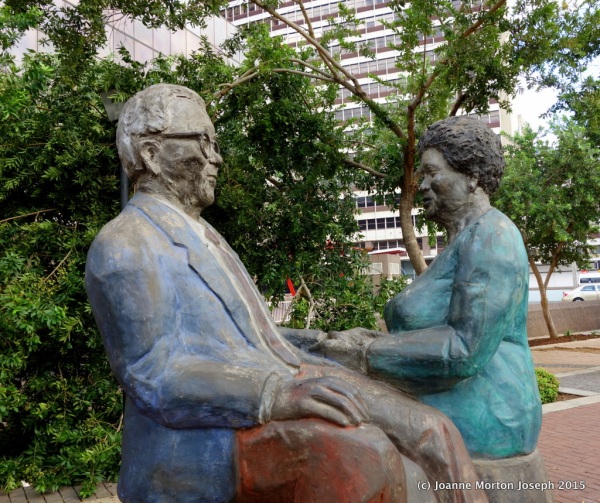 Statue of Walter Sisulu and his wife

Getting a hair cut right out on the sidewalk 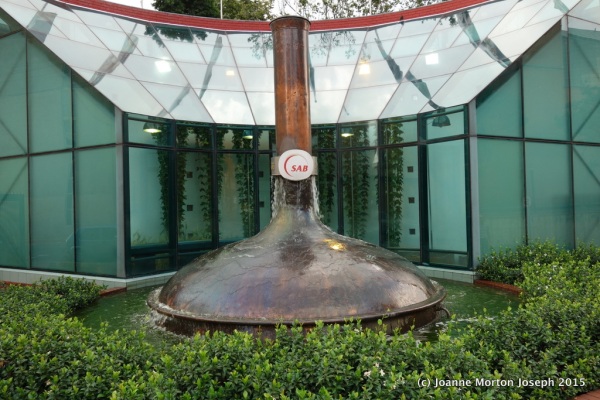 Gratitude Moment: Today I am grateful for great leaders who believe in their cause and are willing to stand up for the oppressed, while still striving to find a solution through non-violent means. I am also grateful to how thoughtful and supportive our group was in encouraging me through the cave and helped me deal with my claustrophobia. Made me rather ashamed of myself for being grumpy earlier in the day.