We are in the final countdown to take off for Turkey on February 11th. I will be writing up our day-to-day activities similar to what I did in Thailand as long as we have adequate internet service. In the meantime, I am looking back at some of our past trips to help pass the time.

In July 2007 Tim and I took a Viking River Cruise from Moscow to St. Petersburg, Russia. Yaroslavl was just one of the stops along the route. Being a UNESCO World Heritage Site, I thought it might be a good one to share with you. 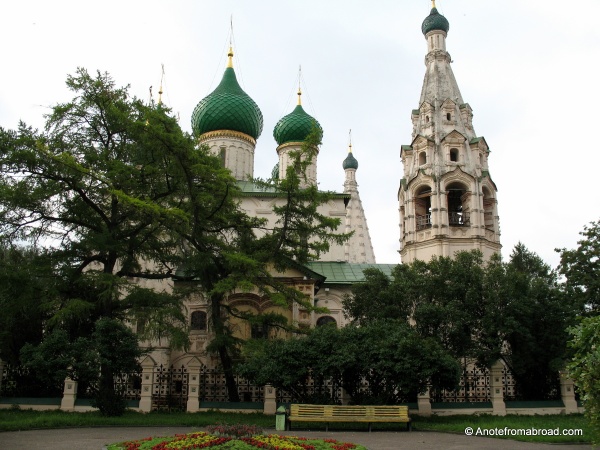 Yaroslavl is located northwest of Moscow, on the bank of the Volga river with a population today of around 600,000 people.

Founded in 1010, it is the oldest settlement on the Volga River.  Through the 13th and 14th century it grew, with most of its buildings constructed with wood.  During that time the city was nearly destroyed from horrific fires, the plague and Mongol invaders.

By the 16th century they enjoyed a time of prosperity due to their position along the river and converted most of their construction from wood to stone structures.  The Time of Trouble (1598-1613) once again caused economic hardship and famine with the Polish-Lithuanian invasion.

After the Time of Trouble, they returned to economic prosperity and became the second largest city in Russia.  It was during the 17th century that the city built many of the stone-walled churches that still make up the center of the old city.  In 1658 the city suffered another huge fire that destroyed the remainder of the wooden buildings.  Today Yaroslavl is built primarily of stone, brick and mortar.

In July 2005, Yaroslavl’s city center was added as a UNESCO World Heritage Site. 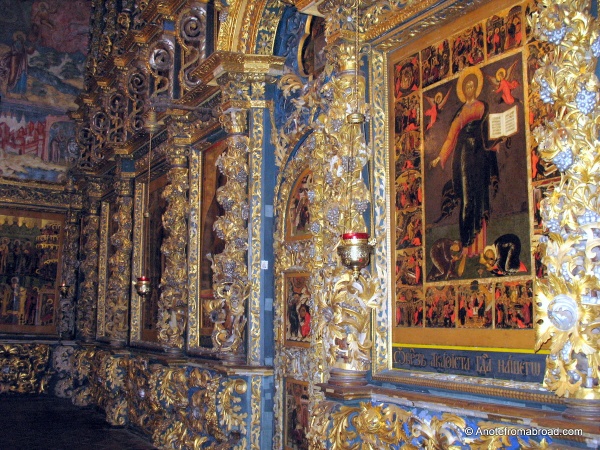 Interior Elijah the Prophet, known for exquisite icons and frescoes

St John the Baptist Church, built in the 1680’s 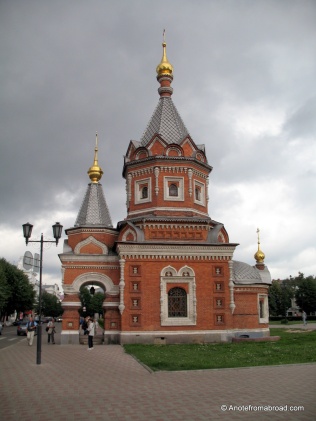 At the time the ship was old with tiny cabins and in bad need of being refurbished. I understand that there are newer ships being used today in this market. But even with the outdated and cramped accommodations I loved our time with Viking River Cruises. The daily talks were educational and the excursions professionally done.

Travel is at a slower pace and much more intimate than the huge cruise ships. You get to know more of your traveling companions on a first-name basis. I am hoping to take another trip with them sometime in the next two years.

Gratitude Moment:  Today I am grateful for past memories, lessons learned and experiences shared.

Hi and welcome! We are Tim and Joanne Joseph and we have just embarked on our latest adventure. We hope you will join us!
View all posts by Tim and Joanne Joseph →
This entry was posted in Russia and tagged Photography, River Cruise, Russia, Travel, UNESCO, Viking, Yaroslavl. Bookmark the permalink.