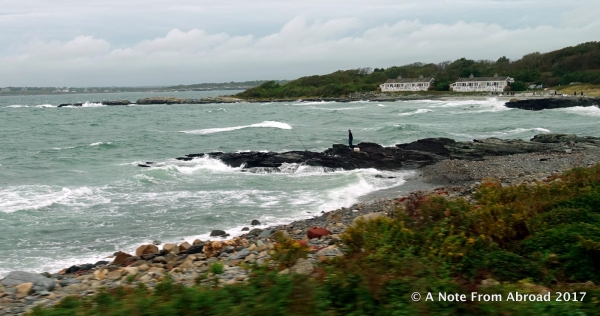 Rhode Island is the smallest state in the U.S. To put it in perspective, you could fit 165 Rhode Island’s in the state of Texas! The state motto is “Size doesn’t matter!”. 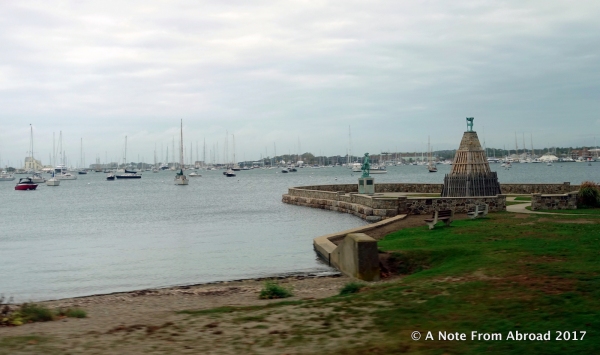 A few other random facts and trivia we learned today thanks to the Princess Cruise Line port guide and/or our tour guide include:

There are two previous summer white houses located in Newport. In fact they are practically right next door. 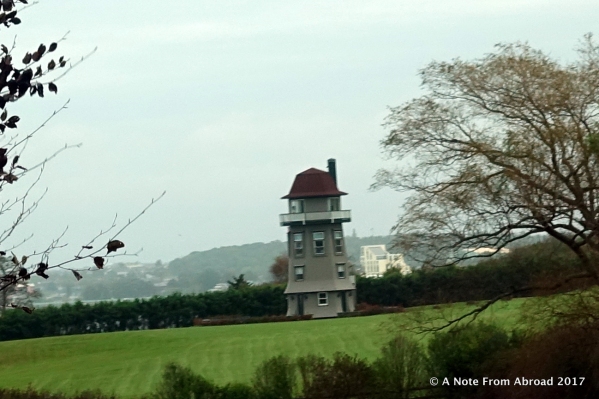 Rhode Island is made up of 35 islands.

It maybe the smallest state, but it has the longest official name, “State of Rhode Island and Providence Plantations”.

The White Horse Tavern in Newport is the oldest operating tavern in the United States.

Several sports got introduced in Newport including the first polo match played in the United States in 1876, the first U.S. Open golf tournament and the first automobile race in 1895. The Tennis Hall of Fame is located here.

But the real story of Newport is linked back to early settlement days when Providence, Portsmouth and Newport were established by those seeking political and religious freedom between 1636 and 1639. 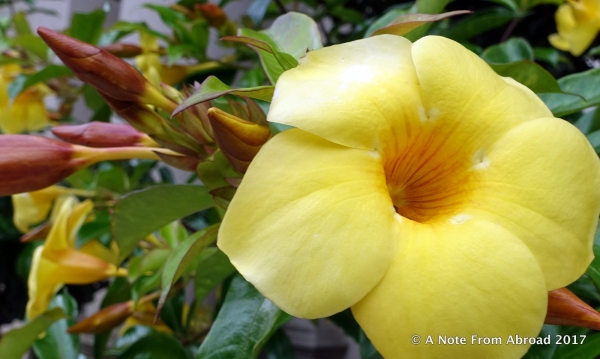 Newport became a major port city in the Triangle Trade where sugar and molasses was imported from the West Indies, converted to rum locally and then shipped to Africa as part of the slave trade.

Huge fortunes were made. The British government wanted a share of the revenue in the form of taxes. The people of Rhode Island vehemently opposed the taxation and conflicts arose. This was but a precursor to the American War of Independence. 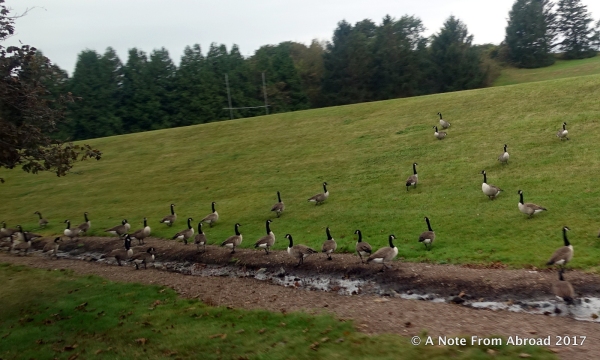 After the revolution, Newport rebuilt and thrived. They became the epicenter of America’s Gilded Age of prosperity and opulence. The aristocracy of the Industrial Age chose Newport as their summer playground and the legendary “summer cottages” became their legacy.

Today several of these mansions, once owned by such prominent families as the Vanderbilts, Morgans and Astor’s, have been preserved and are open to the public to tour. Four of the more well-known mansions include The Breakers, Rosecliff, The Elms and Marble House.

But the true highlight was a tour through The Elms which was owned by the Berwind family who made their money in the coal industry. Used for only six to eight weeks during the summer, lavish parties were thrown and enjoyed by other monied guests.

Here are some pictures showing some of the major rooms of the mansion:

Over entry door at The Elms 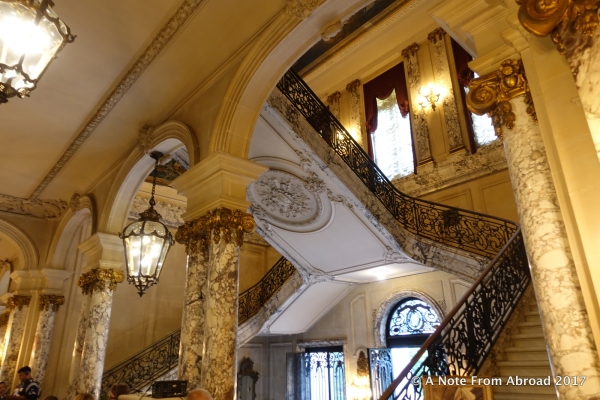 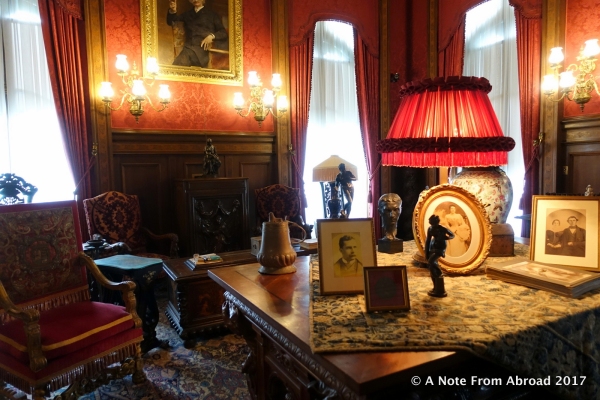 We had scheduled an afternoon walking tour in town, but it was raining sideways with gusting wind and we decided to return to the ship instead.

GRATITUDE MOMENT: Today I am grateful to have gotten a glimpse of life behind the curtains of the mega wealthy from an era I have only read about. I can not fathom the extreme measures that were taken to be the ultimate hostess.