Krakow, Poland ~ From castles to a salt mine 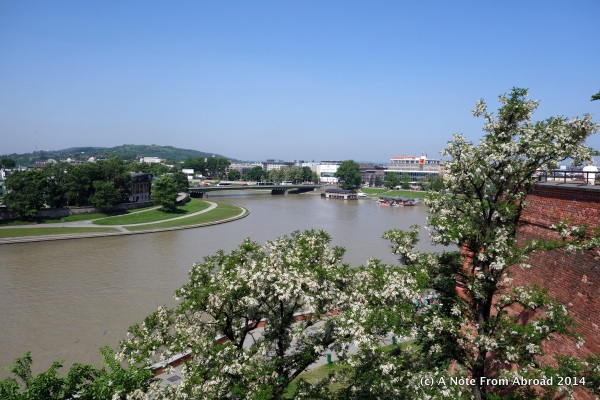 This is the last official day of our Gate 1 tour of the Baltics and it ended on a strange note. As a group we had a morning orientation city tour of Krakow which included a visit to a castle and the city center of old town.

Kraków was the former capital of Poland until it was moved to Warsaw.  Talk about an OLD city, they have written records that go back over 1000 years.  But that is nothing:

“People have lived on Wawel Hill at the site of the Castle as early as fifty thousand years ago, in the Paleolithic Age. The settlement was apparently bustling with trade, assorted crafts and local farming. When more people began to settle down on the Wawel Hill and when trade became more efficient, the rulers of Poland took up their residence at the Hill as well.” ~ Wikipedia 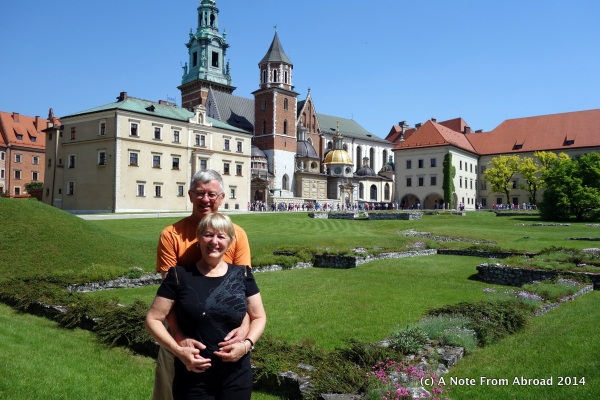 In front of Wawel Castle

The castle has been a royal palace, a military base, government offices, presidential home and today a museum.  Other than visiting the inner courtyard, we did not explore any of the inside of the castle.

The castle itself has 18 chapels.  Many of the chapel domes can be seen in this picture. 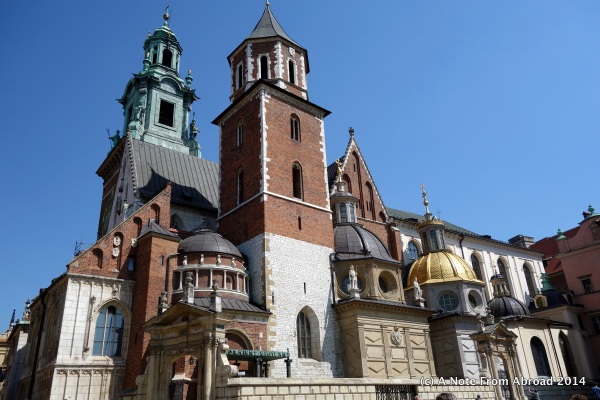 Many of the 18 chapels can be seen from here

During our free time to wander around, I spotted these cuties: 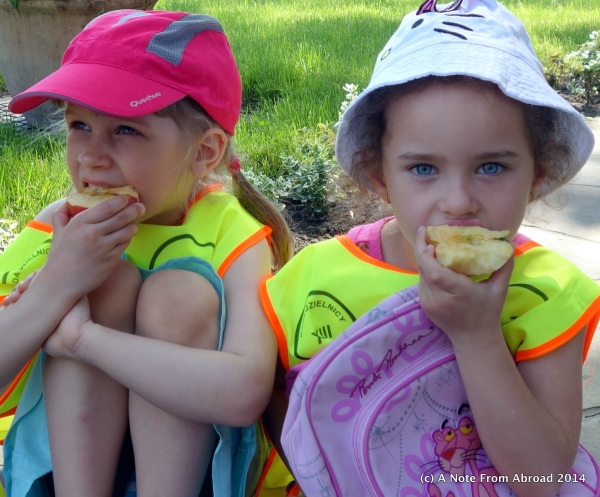 On a school outing to the castle

Passing through the Jewish ghetto section across the river to the factory district we stopped briefly at the Schindler Factory.  It is known to many of us because of the movie “Schindler’s List”.

I have not yet seen the movie, but it is now on my list to view when I get home.  The movie tells how Mr. Schindler managed to prevent many Jews from going to the concentration camps.  The windows of the factory are covered with pictures of many who’s lives were saved. 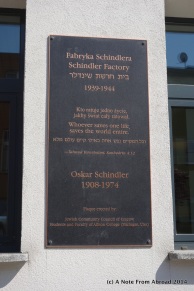 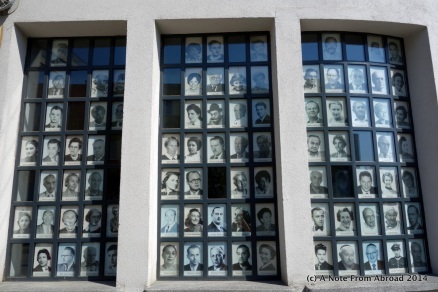 Finally a walking tour takes us to the edge of the main square and there the tour ended for the majority of the people in our group.  I have never had a tour end this way.  No farewell dinner, no transportation back to the hotel, no “formal” ending to the trip.  Just a few rushed goodbyes, nice to have met yous, tip envelopes passed to our guide and brief hugs. It felt strange and left me disappointed. 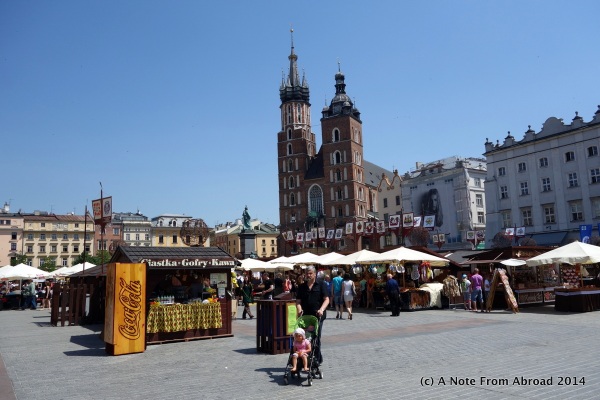 A small number of us had booked an optional tour for the afternoon which went to the salt mine.  After finding our way back to our hotel, Tim and I joined a few others from our group and were loaded onto a bus being operated by another tour company.

Opened up in the 13th century and being worked continuously until 2007, this is one of the oldest salt mines in the world.

Crammed in like sardines we descended deep underground in a four-tiered elevator car. My claustrophobia eased a bit after getting out of the elevator, but it took a while for my heart rate to return to normal.  Breathe, breathe, breathe I kept repeating to myself. 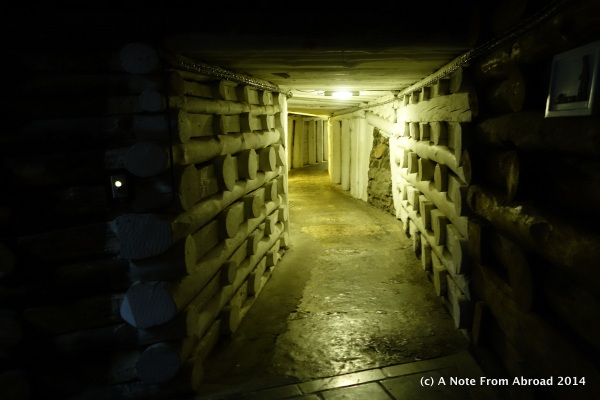 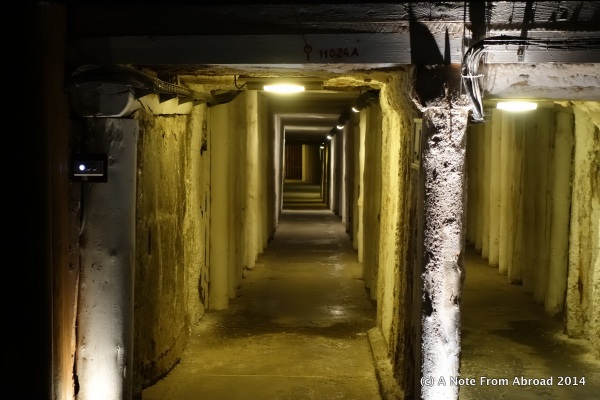 It would be so easy to get lost down here

At least the miners got to go up at the end of each long work day.  The horses that provided much of the muscle were brought down and remained underground for 20 years.  That broke my heart. 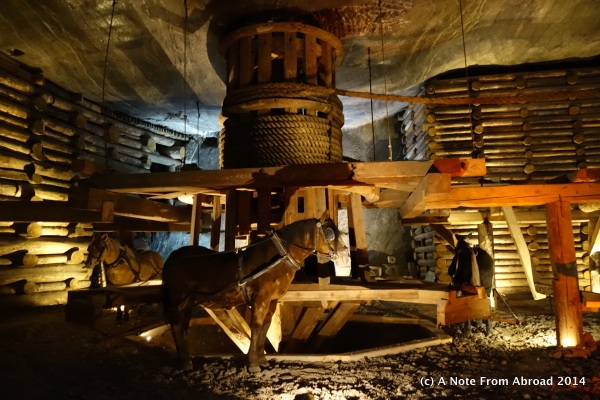 The mine itself was heavily fortified and well supported with timber beams. 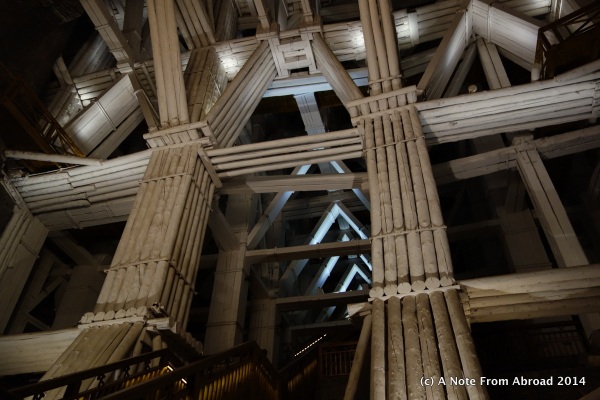 But what intrigued me the most were the rooms, chapels, statues, floors, walls, and other pieces of art all carved out of rock salt.  The largest room was the cathedral and it was astounding.

Over a period of 60 years three miners had worked to design and carve into the salt rocks an incredible display of artwork.  Each of the three men working for 20 years – father, followed by his son, and then a third artisan. 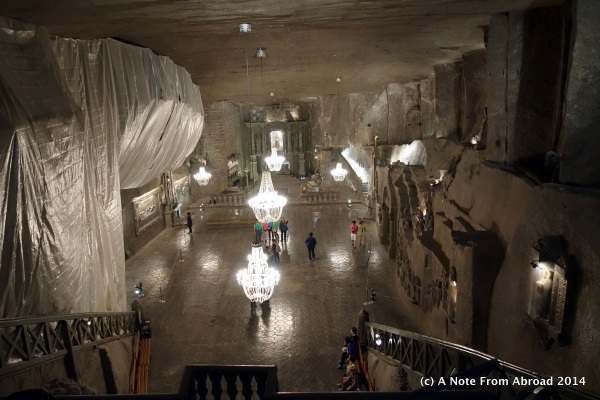 Looking down into the cathedral. Almost everything you see is carved out of salt including the staircase, floors and walls.

Even the crystals on the chandeliers are made of salt.

The crown was the chapel and the Last Supper 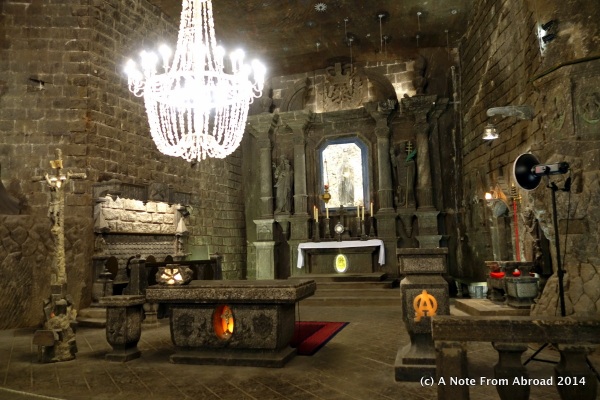 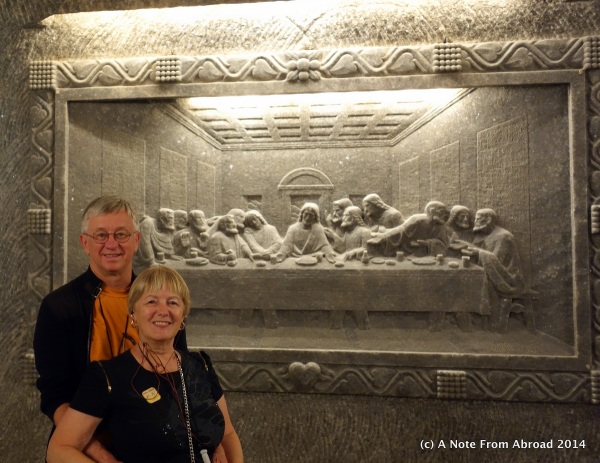 The Last Supper – carved into the salt wall

SIDE NOTE:  The UNESCO World Heritage List started back in 1978.  Among the first 12 places chosen for this list included Yellowstone National Park and Mesa Verde National Park in the USA, the Galapagos Islands, the historic center of Krakow and the Wieliczka Salt Mine. 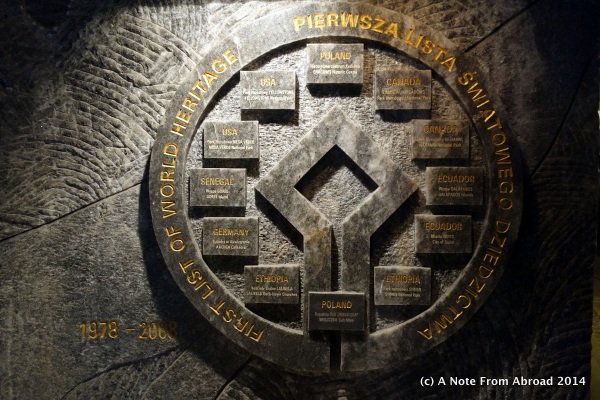 GRATITUDE MOMENT:  Today I am grateful for PETA and the work they do to protect our animals from abuse, misuse, and cruelty.  I’ll bet they would have a few things to say about those poor horses!

Hi and welcome! We are Tim and Joanne Joseph and we have just embarked on our "next chapter". At a stage in life where traveling the world, taking pictures, and sharing our adventures with friends and family will be our dream come true.
View all posts by Tim and Joanne Joseph →
This entry was posted in Europe, Poland and tagged Castle, Hill, Krakow, Photography, Poland, St Mary's Basilica, Travel, UNESCO, Vistula River, Wawel, Wawel Castle, Wieliczka Salt Mine. Bookmark the permalink.