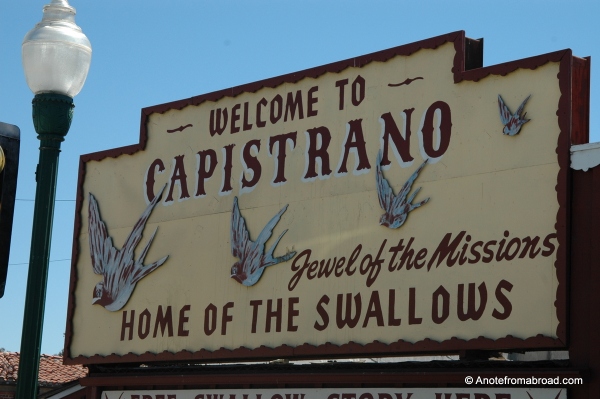 A part of our history, the California missions are located along a path that stretches approximately 600 miles from San Diego to just north of San Francisco. Each mission site was selected to be a one day horse ride further north, or a three-day walk. That translated to about 30 miles between each one.

This was one of the earliest attempts by Europeans to colonize the Pacific Coast area. Intended to be both a military and religious outpost, the Spanish Franciscan Order hoped to educate and convert the local Native Indians to Christianity.

Starting with San Diego de Alcalá in 1769 as the first mission and ending with San Francisco Solano in 1823, a total of twenty-one were built.

San Juan Capistrano was built in 1776 as  number seven and at the time was considered the Jewel in the Crown of California’s missions.

“This cathedral-like building was 180 feet long by 40 feet wide, and had a high-vaulted ceiling surmounted by seven domes fronted by a 120 foot tall bell tower. ” ~ MissionsCalifornia.com 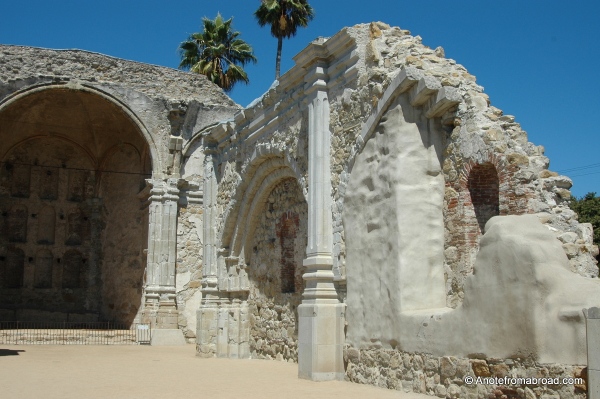 Ruins after the earthquake

“The four bells that hung in the Great Stone Church survived the earthquake, and were hung in a bell wall, one of the mission’s most picturesque features.”

Introducing agriculture, fruits, horses and cattle, the missionaries had mixed results in converting and “civilizing” the local inhabitants.  In the 1830’s, the Mexican government shut down the mission.

Today only a shell of the original glory remains.  The small chapel gives a glimpse into the beauty and grandeur that once shined here.   The missions are some of the state’s oldest structures and among the most-visited historic monuments. 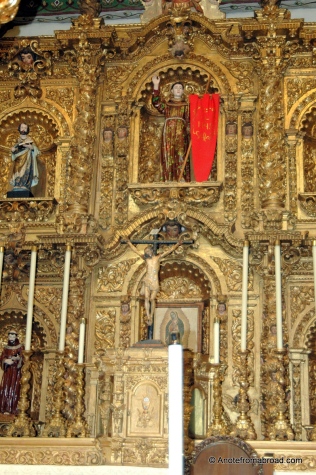 The on site museum explains more of the history of the missions as well as the Native Americans that lived in the area in the late 1700’s and early 1800’s.

The grounds are colorful with flowers, ponds and fountains, and lovely to explore.

Gratitude Moment: Today I am grateful for the many foundations, organizations and volunteers that are preserving our history and heritage so that future generations can learn from our failures and our successes.

Hi and welcome! We are Tim and Joanne Joseph and we have just embarked on our "next chapter". At a stage in life where traveling the world, taking pictures, and sharing our adventures with friends and family will be our dream come true.
View all posts by Tim and Joanne Joseph →
This entry was posted in California, Photography, United States and tagged California, Mission, Photography, San Juan Capistrano, Travel. Bookmark the permalink.