After leaving a rainy Serbia, we were delighted to have the sun come out as we crossed the border into Romania. 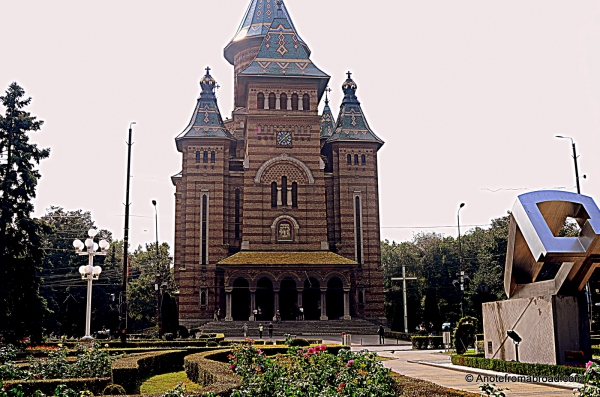 Located in Western Romania, we arrive in Timisoara with a population of just over 300, 000 people around mid-morning.

Greeted by the Metropolitan Orthodox Cathedral which sits at one end of Victory Square, we were instantly taken in by the charm of the city. Although this is where the Romanian revolution started in 1989, there is no obvious signs of war.

The square covers a couple of blocks, lined on each side by beautifully restored or maintained buildings.  Frequently referred to as “Little Vienna”, this was the first city in Europe and the second in the world after New York, to use electricity to illuminate its public streets.

Romans, Turks, Austrians, Germans and Serbs all influenced the architectural charm and variety. 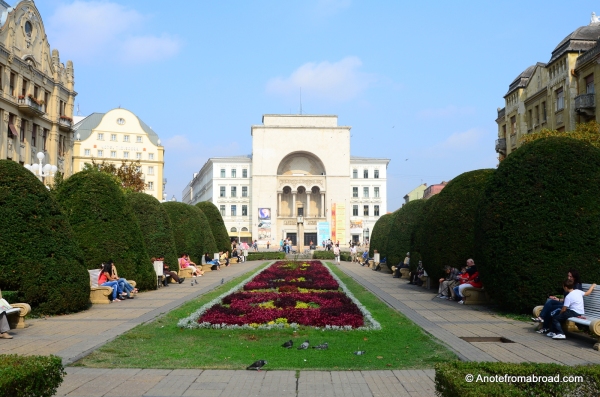 Opera House at the opposite end of Victory Square

Sidewalk cafes line the perimeter, while colorful flower beds and fountains fill in the center of the square.  This is where children play, visitors sit and observe and the pigeons beg for handouts. 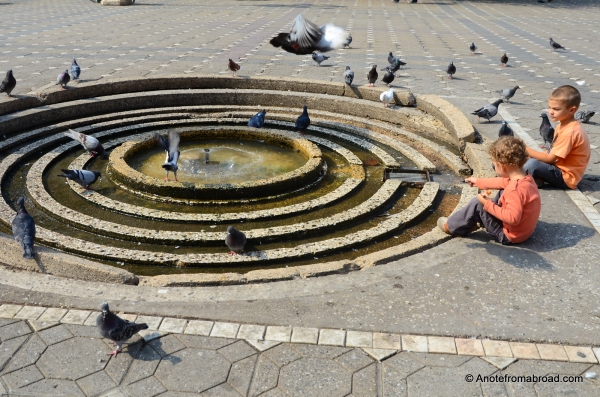 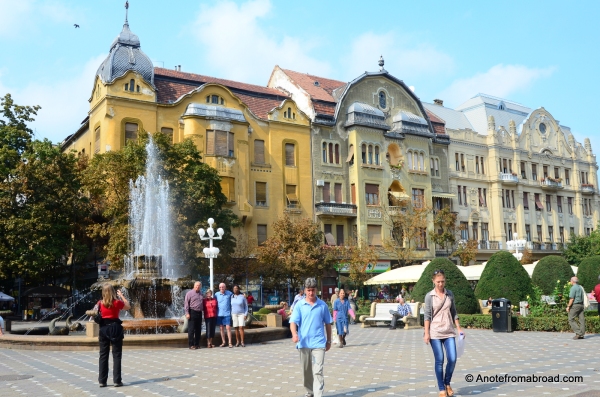 Fountain in the center of Victory Square

Candle chandelier inside the Cathedral

With only a short stop here, Timisoara left us wanting more.  If we ever get back to Romania, I will definitely try to spend a couple more days in this area.

Back on the bus, we headed toward our next destination, Sibiu.  Along the way we stopped at Hanul Ana Lugojana for lunch.  The meal was forgettable, and simply a tourist stopover that could accommodate a bus full of tired and hungry travelers.

The best part of this stopover was seeing these bright red bugs with a tribal mask pattern on their back. 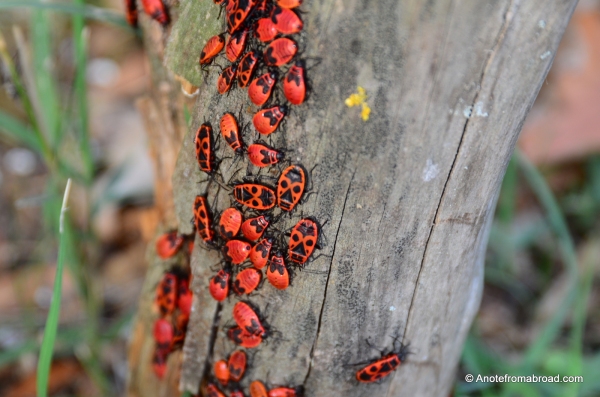 An interesting (or not) fact about the Red Firebug (Pyrrhocoris apterus) is that mating takes from 12 hours up to 7 days.  And that my friends is about at graphic as this PG site gets…

Hi and welcome! We are Tim and Joanne Joseph and we have just embarked on our latest adventure. We hope you will join us!
View all posts by Tim and Joanne Joseph →
This entry was posted in Europe, Romania and tagged Europe, Gate 1, Metropolitan Orthodox Cathedral, Photography, redbugs, Romania, Timisoara, Tour, Travel, Victory Square. Bookmark the permalink.